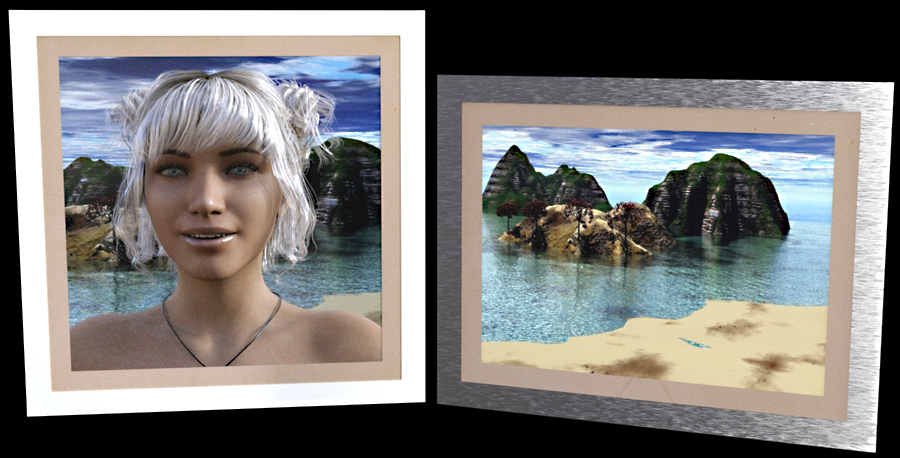 Wolf howling at the moon 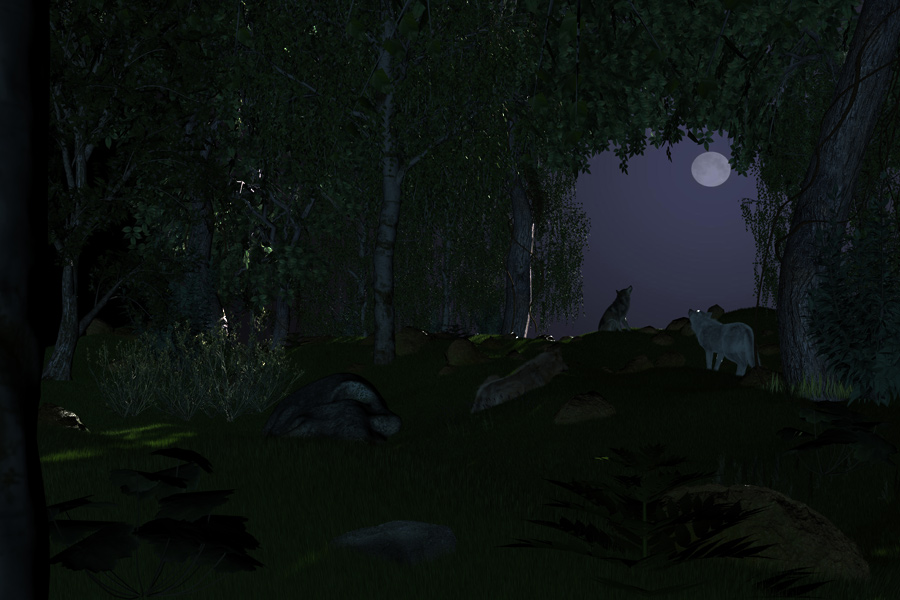 This render uses models created by different artists. The moon in the sky was created in Bryce and is used as a background here.